With an audience of over 250,000 people per year, the Shaw Festival in Niagara-On-The-Lake is a Canadian cultural icon.  As you can imagine, maintaining ties to the past is something that is important for a theatre company that was built to celebrate the work of George Bernard Shaw, the beloved Irish playwright who was born in 1856.  While focusing on this playright from the past is a key priority, the Shaw Festival also keeps an eye on the future.

Since its launch in the 1960’s, The Shaw has implemented a number of significant changes to stay current and relevant. In 2000, the theatre broke from the tradition of only performing plays that had been written by Shaw himself and also began producing new plays written about the period in which he lived. In 2003, the decision was made to add productions written by largely forgotten female playwrights from Shaw’s period.

There is no proven playbook for managing the push and pull between preserving tradition and embracing change. It is a tension that must be managed, not a problem to be solved. Managing that tension is an important role of The Shaw’s Artistic Director. In 2017, that torch was passed to Tim Carroll. Tim, or TC as he’s often called, is an award-winning opera and theatre director whose work has been seen and acclaimed all over the world. His productions have received Tonys and smashed box-office records on Broadway. Recently, I sat down with TC to learn more about his perspective on managing the tension between tradition and change.

TC admits his natural tendency is to drift in the direction of change. In his first season at The Shaw he introduced a number of new initiatives, including a new Secret Theatre program and a wildly popular holiday production of A Christmas Carol. The driving force behind these changes wasn’t just change for the sake of change. TC believes that leaders must get very specific when defining their goals for change, noting “You can’t inspire in a vague way, you need to inspire with an articulated goal.”

TC’s overarching goal for the change he is trying to lead is to open up The Shaw both inwardly and outwardly by encouraging something that he refers to as, real human encounters. In speaking with TC about leading this change, it’s clear that there are a number of tensions at play.

While TC is quite comfortable with change, he understands that not everyone else in the organization is always going to be as at ease with new approaches. This is where his role as a leader comes into play. “The primary role for me within the building is to inspire confidence. I have to walk around making people feel that we’re doing something worthwhile,” says TC.

As a leader driving change in an organization, TC realizes that his degree of confidence must be managed. On one hand, team members need to see that he has complete faith in the new ideas and projects he is proposing and implementing. At the same time, there will be some team members who need to be reassured that he understands the changes he is driving may be pushing them beyond what’s comfortable. As someone who has built a career around audience interpretation, TC is very aware of the messages his own behaviour can send, “If I’m bringing in all sorts of new ideas and new projects, for every new project there will be some people who it is asking to get out of their comfort zone. At that point, even my confidence can be a problem because people think I am not taking seriously the very real stresses and strains that I am bringing on them.”

How does a leader know if they are overdoing confidence and perhaps pushing too hard toward the tension of change? TC says his biggest clue is in his own response. Hear what he has to say about that here.

FOCUSING ON IMMEDIATE AND LONG-TERM REWARDS

Early on his tenure at The Shaw, another new thing that TC tried was taking some productions on the road within Niagara to a local homeless shelter and a centre for at-risk youth. While the traditional thinking in theatre has been that the goal of outreach efforts such as this would be to create new audience members for the future, TC felt the goal was more short term, “If you do anything without an immediate reason to do it or specifically for longterm reward, you probably won’t stick to it. It has to be something that you think is worth doing for its own sake.”

The feedback about the outreach productions was extremely positive. In addition to creating an impactful experience for the audiences, it created some unforgettable moments for the performers that were involved as well. According to TC, that’s what it’s all about, “I only came into the theatre for those events that you never forget. It’s exciting to create them for yourself, for an audience, for the players.”

THE DANGER OF CHANGE TRANSFORMING INTO TRADITION

As TC embarks upon his second season at The Shaw, there’s no doubt that there will be other exciting changes on the horizon. Part of his motivation for continued innovation stems from a keen awareness that there is a limited amount of time that a new initiative can be considered a change before it quickly turns into tradition. Hear TC’s thoughts on this danger here.

GIVING UP CONTROL TO FORCES BEYOND YOURSELF

Part of TC’s steadfast belief in the power of real human encounters is that they often inspire very unexpected outcomes. Creating a healthy tension between control and empowerment can be tricky for leaders. TC shared an amazing story with me that I think captures this tension perfectly. Giving the reigns over to someone else and trusting them with the outcome can be scary. It can make your team question what you’re doing. It can put you at risk of failure. It can also turn what may seem like a very stupid idea (TC’s words, not mine) into a moment of pure genius. I think you’ll agree when you hear TC’s story in this video clip.

My conversation with TC illustrated to me (once again) that being in a position of leadership brings with it the responsibility of managing a series of different tensions. The great news is that there are tools to help us improve the way we do this, and so many great lessons to learn from leaders like TC. Here are just a few of my takeaways from my conversation with TC:

One of the initiatives that TC has implemented at The Shaw to encourage real human encounters has been having every performance introduced by a human instead of a recorded message. While this has created more work, the feedback has been incredibly positive. What concrete actions can you take in your organization to help create real-life illustrations of the change you are trying to drive?

TC’s commitment to real human encounters is applied internally at The Shaw as well. Each week he has a scheduled TC Breakfast when he has his coffee in the staff cafeteria and encourages employees to stop by to introduce themselves and have a chat about what’s on their mind. Hear what TC has to say about the importance of this weekly meeting here.

TC believes finding ways to encourage people from different parts of the organization to talk to each other is another helpful way to manage the tension between tradition and change. One creative way TC recently did this was to organize a type of speed dating at a company meeting where people had to spend 60 seconds talking to someone they’ve never spoken with before and then introduce that person to everyone else. TC believes that to embrace change there are times when leaders must end initiatives that may still be performing quite successfully. Are there areas where this thinking might apply in your organization?

Author – The Power of Healthy Tension

Many leaders have a great vision but fail to live it out.  They get stuck because of conflicting values and chronic issues.  Leaders for Leaders offers workshops and keynote that helps people get unstuck so they can unite their team, spark change, and live their values.  We can help get you unstuck at www.leadersforleaders.ca. 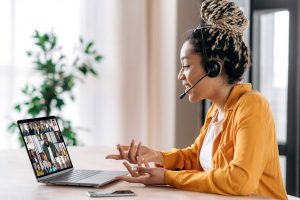 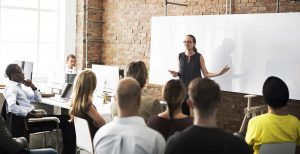 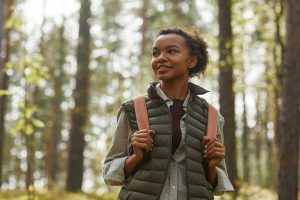 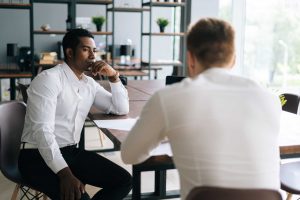